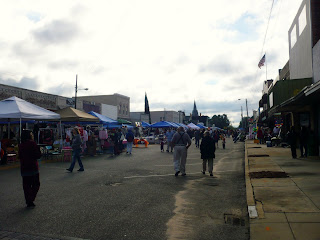 I went to the Enterprise Fall Festival street fair this morning! It was pretty okay... I was expecting a lot more fresh vegetables and flowers, like a farmer's market, so I was a little disappointed. I also was wishing for kettle corn, but none of that either. It was however, MUCH BIGGER than I had expected! There were a LOT of craft booths, but it was all the same stuff practically... Ribbon hairbows, jewelries, wreathes, candles. Maybe next year I'll share a booth with somebody, and see how my wares fare. I ended up buying a little cinnamon candle, local pecans, and a basket of red and green peppers (making some AWESOME meatloaf tonight.) 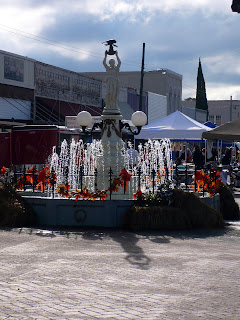 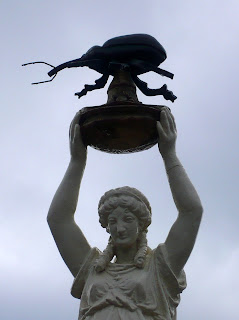 Here's the boll weevil monument smack dab in the middle of main street. Here's a little Enterprise, Alabama history for you: I think that this town used to grow tons of cotton or some other crap, but one year there was a plague of boll weevils that demolished the entire crop. So the next year, the farmers of Enterprise decided to grow peanuts instead, just in case the weevils came back. Well, I guess the market was spectacular for peanuts, so the town flourished. Moral of the story, weevils are awesome because they pwn unprofitable garbage. 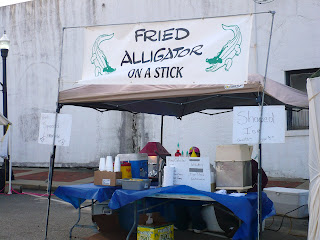 Aaaaaand.... Yeah, only in the south.

Posted by Kira - oopsicraftmypants.com at 10:35 AM