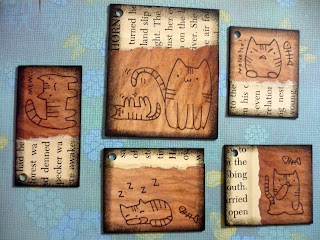 As promised, I hade a set of hangtags featuring doodled kitties. Now, let it be known, that I love cats. I do NOT love having cats. I don't think I ever want one, but I think they are so funny... and soft. 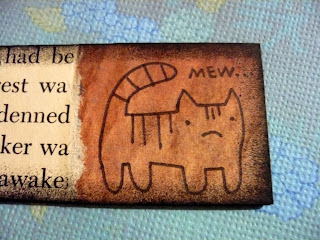 Now that we've cleared that up, may I present sad kitty. 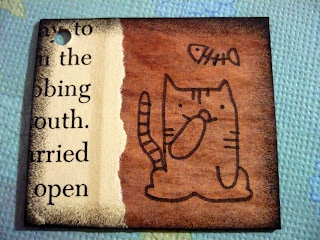 I has a flavr. 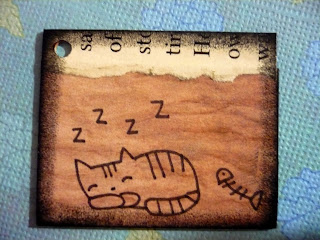 Posted by Kira - oopsicraftmypants.com at 9:33 PM

I like the one where big kitty is waving his tail for little kitty to play with.

Your doodles are awesome and I love these hangtags. What kinds of things do you use them for?

Thanks for the compliments!! :D

I usually will loop a string or ribbon through the little hole at the top and attach them to handmade gifts as a label and write something on the backs of them... Or I'll glue them onto the front of a blank card if I need a quickie card!